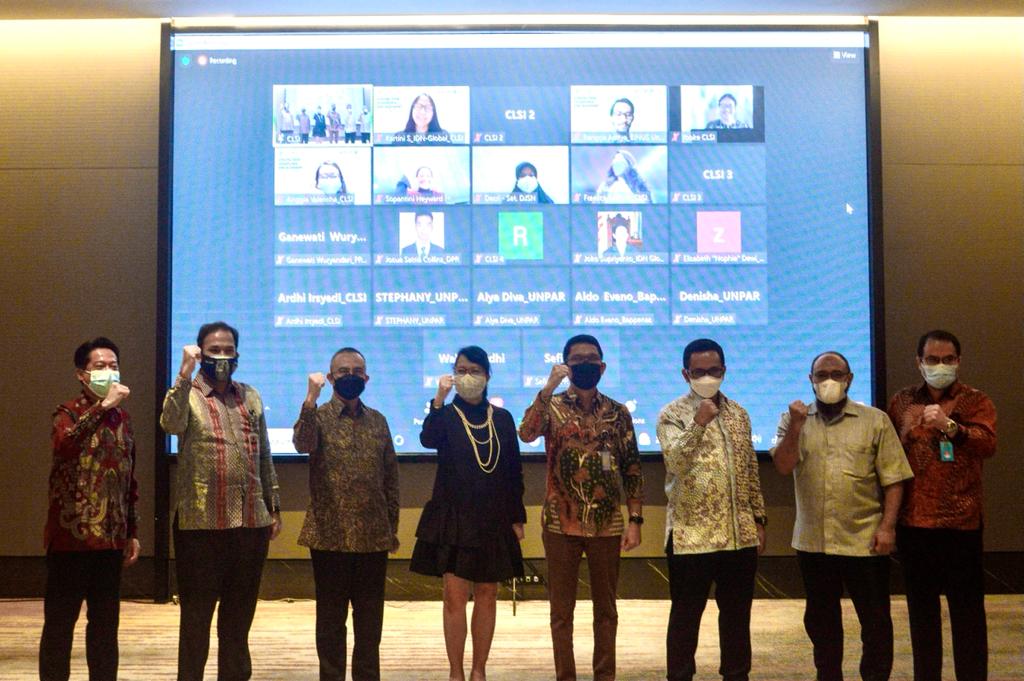 A Multi-Stakeholder Dialogue Platform for Diaspora Engagement was officially launched on Thursday, 7 October 2021.

The platform aims to become a national hub which facilitates sustainable dialogue and collaboration, as well as creates bottom-up policy recommendations. It was organized by a group of grassroots communities – Collective Leadership Specialists Indonesia (CLSI) with support from Programme Migration & Diaspora, implemented by the Deutsche Gesellschaft für Internationale Zusammenarbeit (GIZ) GmbH, Jakarta.

The first day of the dialogue titled ‘High-Level Meeting on Diaspora Card Enhancement and 2030 Visions for Diaspora Engagement for Indonesian Development’ brought together government representatives from the Indonesian Ministry of Foreign Affairs; KSP; the Ministry of National Development Planning of Indonesia (BAPPENAS), the Ministry of Finance, the Coordinating Ministry for Political, Legal and the Security Affairs Ministry of Law and Human Rights; as well as the Ministry of Home Affairs. The representatives were invited as key discussants to this event as they were believed to have a solid understanding and vision to optimize diaspora contribution towards the Indonesian development vision 2030. This effort is considered a pilot project aimed at protecting, constructing, and empowering diaspora communities. To ensure a candid discussion, the first day of the Forum was conducted in a closed-door nature.

The relevant government representatives also explained the policies and governance of the KMILN (Indonesian Overseas Card/IOC) program’s implementation. Along with the purpose of providing possible strategies and opportunities, the discussion also identified possible obstacles relevant to the issue of the IOC. In addition, efforts to integrate diaspora data through existing programs and targets that must be met were also discussed. This discussion was expected to be a pilot initiative that could lead to a national roadmap to ensure collaboration between sectors and ministries in a harmonious and consistent fashion.

On its second day, the Multi-Stakeholder Dialogue served as a public intellectual forum featuring some prominent figures from both government and non-government officials to echo the voices and concerns of Indonesian diaspora and their involvement for the prosperity of the country; as well as to pave a way for constructive and forward-looking collaboration among stakeholders.

This discussion session was also used to harmonize the understanding of the definition and function of the diaspora as a front-liner of Indonesia in the international community. To further understand the barriers faced by the diaspora, an evaluation of the existing programs was also brought up during the discussion. In addition to exploring existing strategies to facilitate grassroots diaspora, the discussion also touched on several diaspora communities that have contributed to and will contribute to the vision of Indonesia 2045.

The two-day high-level dialogue was concluded by highlighting the importance of strengthening the data collection of the Indonesian diaspora. In doing so, it will stimulate an accurate and evidence-based policy towards diaspora’s contribution to the Indonesian development vision 2030. While the strategy will continue to be designed, the existing programs are expected to be implemented in an ideal and realistic manner.

Above: Photos of live and online participants at the two-day high-level dialogue

The replay of dialogue forum can be watched via the Diaspora Indonesia YouTube Channel.

Meanwhile, the initiative and hub platform itself called Collective Leadership Specialists Indonesia (CLSI) will be officially launched in November 2021.

“Diaspora engagement is about building the right quality of networks in your communities abroad” – Dr. Martin Russell. READ MORE