Diasporas, And Their Voting Influence On Democracy in Homelands 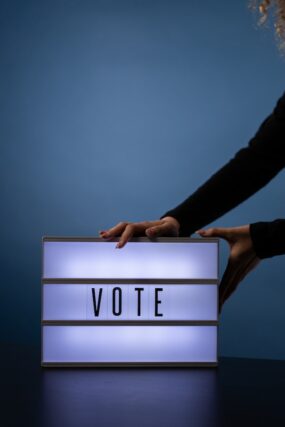 African countries are increasingly including provisions in their constitutions that allow diaspora members to vote in national elections while living in other countries, reflecting an emerging consensus that they have a great potential to contribute to the development of those countries.

As evidenced by emerging economies, the diaspora can be a powerful force in the development process when appropriate policy frameworks are in place. Aside from remittances to support relatives, African citizens abroad contribute through investment in productive activities that support economic growth and job creation that can be leveraged to contribute to policy dialogue, as well as knowledge and skill transfer. Aside from financial assistance, some countries include diaspora members on commissions and management boards of state institutions. Given their enormous contribution to their home countries, members of the diaspora are entirely justified in exercising their right to vote in elections. The debate in a number of countries has moved beyond whether this community should vote, to the logistics of implementing voting. In some countries, the diaspora vote can swing elections. In any case, the right to vote essentially means that Africans living in other countries have a say in how their home countries are governed.

Numerous restrictions significantly impede diaspora citizens’ ability to vote directly in places where there are external voting laws. Parties appear to believe that gaining the support of immigrants result in some sort of electoral advantage, based on their outreach efforts to citizens living abroad. In the United States and other nations, there are representatives and, in some cases, permanent offices. Notably, despite the fact that diaspora voter turnout is uniform, parties continue to fund these diaspora campaign initiatives and infrastructures. Such behavior by parties is perplexing given the high cost to engage in diaspora campaigning and small to nonexistent electoral payoff in terms of direct votes from abroad.

When there seems to be a shared party sympathy among family members that predates migration, this influence is unlikely to manifest itself in basic questions about whether and for whom to vote. As a result, migrants are unlikely to have much of an impact on basic-level behavior such as voting, but will have a greater impact on higher-level behaviors typical of party militants, such as being active in a political party or other political organization and advocating on behalf of a candidate or party. Powell defines voter participation as “other forms of political activity,” which include communicating about political issues with others, persuading others to support a preferred candidate, and working on behalf of a political party during an election. Voting and these other activities are expected to trend in the same direction, with influences such as family and other personal ties that positively affect voter turnout. Thus, individual-level factors such as being older, male, having completed post-secondary education, and having higher incomes should increase higher-level political behaviors.

Some electoral activities are more influenced by the Diaspora than others

Voting is compulsory in some Latin American countries, but voter turnout varies and never reaches 100%. As a result, the influence of migrant family members over their relatives at home is less likely to manifest itself in higher voter participation rates. Other decisions, such as whether or not to participate in the political process beyond voting, are less certain and more likely to be influenced by others, and those with clout are more likely to persuade those who look up to them.

Countries have only recently begun to relax their laws to allow for overseas voting. Many nations have followed a similar path in making this change. They first granted the right to vote to military personnel stationed abroad on the grounds that their service should not deprive them of a say in how the country is governed.’ This was later extended to diplomats and other foreign civil servants. At this point, the treatment of expatriates varies by country. Some have determined that preserving the right to vote of civil and military servants while disenfranchising other citizens who happen to be abroad, whether for study, travel, work, international assistance, or similar reasons, is discriminatory, and have passed legislation preserving the right to vote for all of its overseas citizens. Others maintain that, in general, a person should not be able to vote unless they have a physical connection to the country. Many people believe that granting the right to vote to expatriates who are also eligible to vote in their home country is an unacceptable privilege.

A Call for Greater Diversity in the Diaspora Community. READ MORE

Diaspora As a New Tool in Diplomacy – by Eric Muhia. READ MORE