Ilario Tariello, A Heart as Big as His Discoveries 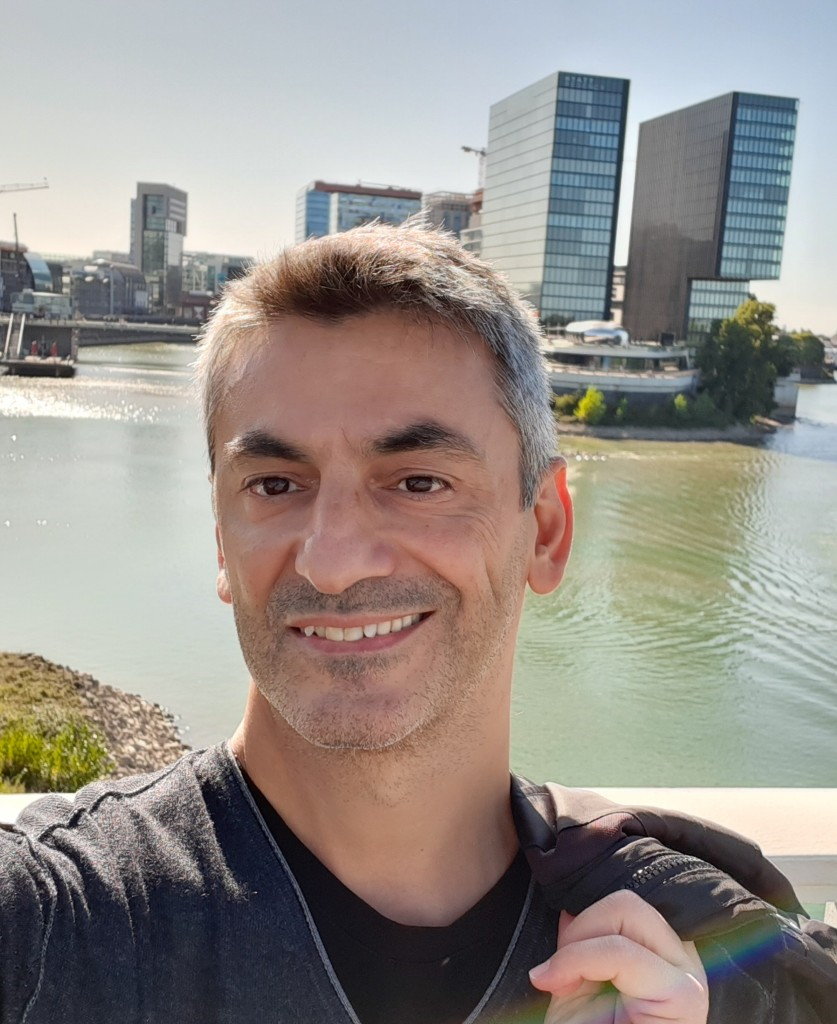 Today, Elizabeth Franklin had the pleasure of sitting down with one of the most innovative IT geniuses in the world, Ilario Tariello. He has pioneered the most cutting-edge ideas in every area of IT, delivering amazing Software Systems in many industries: Media, Retail, Banking, Aerospace, Defense, Automotive, Rail, and Electromedical.

He designed, coded, and managed projects in all these fields, mainly through Software Development and System Integration. Most of the software were custom designed and developed from scratch.

Ilario developed a Digital Music Editing system from scratch using professional Sound Cards; and with his team, he set up a live video streaming infrastructure for two nationwide reality shows. In 2010 he built a Radar Control system and delivered it to onboard military helicopters.

While these many accomplishments would be impressive all alone, Ilario Tariello’s most noted accomplishment is his special image remodeling process. He bases his processing on an extremely advanced patented-pending computer algorithm IT manipulation system developed over years of study, using knowledge in electronics and the physics behind sound and electromagnetic waves. His remodeling process have introduced the world of biomedical research to a brand-new realm, allowing virologists to see the novel Coronavirus in ways no human nor research eye has ever been able to see or study a virus before.

His imaging process is so far ahead of our times that even the most astute IT brains cannot comprehend how it works or how most of his IT ideas work. Its capacity and even more significant potential, can move IT into a new level in much the same way as the development of the MRI erased the limitations we once knew of an X-ray.

When I asked Ilario what benefits his remodeling process brings to the world, he said, “My technology is so effective and efficient that I could work on the live observation of dynamic phenomena. This is something never even tried before. Electron microscopes are used to generate fantastic expensive static flat pictures targeting even 100nm sized things. My science can do the same cost effectively possibly even live while doing it at much lower cost, and adding to it to go much further, targeting 100pm molecules and even atoms. My remodeling process is an easy and cost-effective way to access an almost inaccessible nano dimension of microscopic life. It is like inventing a lens from scratch. I can let you look at an entirely new dimension never seen before. Because of this, I bring into the research field or other industries an unprecedented level of understanding.”

What is the story behind this Einstein of our generation? Ilario Tariello was born in the German-speaking area of Switzerland. His parents were from near Napoli, Italy. From his very first words, Ilario had to cope with three different human languages, Italian, German and Neapolitan. From a small child, he was fascinated by science and excelled in it.

When Ilario was fourteen years old, he read a book about computer programming (Bonelli’s Basic language). It opened an entire world of possibilities for him. Ilario hand-wrote his very first software, a simple text editor, on a copybook, for he did not own a computer at the time. Two years later, he got his first computer, a Sinclair Spectrum. He put in the code he had hand-written two years before, ran it through the computer, and it worked the first time perfectly! That day began a lifelong journey as he started writing code in any useful computer language he found in his readings.

All through life, he had a fascination with sight and sound. This fascination led Ilario into great discoveries. He started in the ’90s as a technician and a coder, in charge of requirement analysis and testing. Then, he increased his responsibilities as a Project Manager. Ilario carefully chose his career path to acquire the experience and knowledge he needed. He worked with professionals in sound-making, image processing, and video broadcasting, where he got all the hints he needed.

Then, Ilario went back to the physics of sound waves and electromagnetic waves and studied how CCD sensors work. He started imagining transformations to apply to those bits and coded hundreds of algorithms, adding them one by one through the years. Testing combinations of those algorithms, he made additional discoveries and succeeded 3D Printing teeth modeled this way.

When the Corona Virus outbreak hit us, Ilario read that researchers were struggling to get an understanding of the detailed mechanism used by the SARS-CoV-2 virus to attack human cells. He immediately thought he could help. While in Germany working on a banking project, Ilario found a published microscope image of the Novel Coronavirus and started studying it. The results were impressive, but he realized he needed an expert to validate his images.

Ilario met Marylou Gibson from San Diego, a virologist expert of coronavirus. She gave Ilario feedback about his images and recognized at first sight that his 3D reconstruction depicted the virus’s capsid with RNA complexed with proteins! Marylou asked Ilario how he could get such images. Ilario volunteered his nights to work with her and her lab’s team as he was working days on the bank software project. Marylou’s team put Ilario to the test and sent some low-quality images of another virus they knew well. Ilario surprised them again, showing them an image of all the proteins inside it. Since then, several other specialists in this field have given him feedback and appreciated his results. This imaging process is a brand-new world created from the mind and talent of Ilario Tariello developed over decades.

The technical aspect of Ilario Tariello and the ingenuity behind his work is awe-inspiring on its own. Interestingly, the most significant truth I uncovered in this interview had nothing to do with Mathematics, Computer Software, or Science Research. The most notable attribute of Ilario Tariello is his heart. When I questioned the vision for his life, why he does what he does, I found at the very core of everything he does in work and life is the desire to leave a trail behind him, footprints in history that help humanity better through his great love and goodwill.

It was this same goodwill that caused our paths to cross. As an American author, I inquired as to how to protect my country from the same fate as Italy when it was in a dire situation. From that conversation, we launched a goodwill initiative by co-authoring and distributing a series of free e-books worldwide, translated into 37 languages, to empower children to be superheroes against COVID.

Find out more about the phenomenal work of Ilario Tariello at ilariotariello.com.

Visit: www.ilariotariello.com for more information on the amazing story and works of Ilario Tariello.