Janaki Easwar, the Diaspora Youngster Dazzling on ‘The Voice Australia” 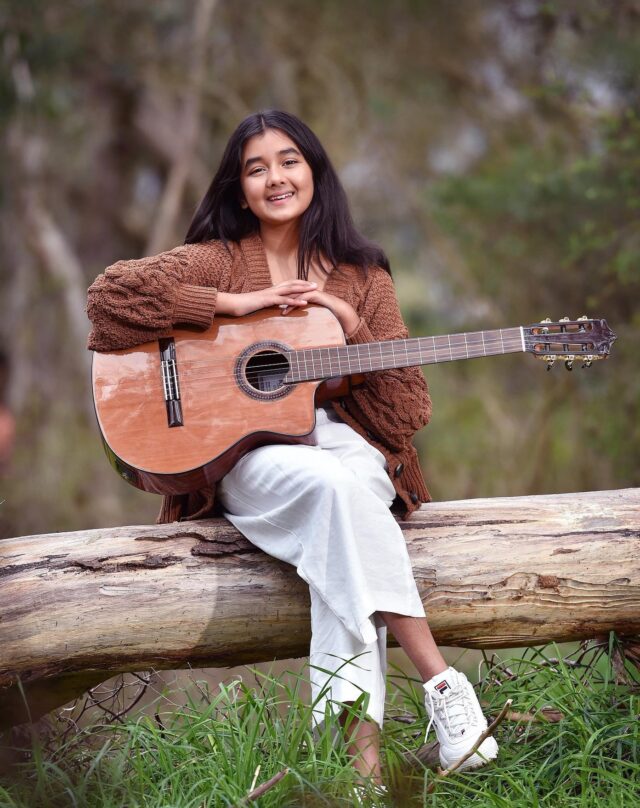 Australian based Singer and Songwriter of Indian descent, Janaki Easwar is the contestant to watch out for in this year’s edition of The Voice Australia.

The twelve-year-old schoolgirl who made history as the youngest-ever participant on the popular TV show, wowed the four judges with a brilliant rendition of Billie Eilish’s Lovely, which she blended with an Indian music feel; earning her a standing ovation from the ecstatic crowd.

Prior to the show, it was her desire to be coached by Jessica Mauboy’s Team if she went through, and that dream has come to pass as she is now in ‘Team Jess’.

Janaki was born in Australia after her parents, Anoop Divakaran and Divya Ravindran relocated from India in 2007. She is however connected very much to the Indian community in Melbourne where she lives, and showed her heritage on stage when she was spotted with a ‘kasavu’, a traditional fabric piece associated with indigenes of Kerala. Janaki was also trained in Carnatic music (a variant of Indian classical music) as well as Western music. She plays the violin and ukulele and loves to dance as well.

Janaki comes from a family with a love and good ear for music. This is what her parents had to say: “We believed in her and wanted the world to see what our 12-year-old can do with her voice. She did make us very proud, as you can see from the blind audition videos. Music has always been a part of our family. It’s in the car, at home or at our weekend get-togethers, and that has helped Janaki a lot.”

Since her stunning performance at the blind auditions of the show, social media has been swamped with endless praise for Janaki, although others have also shared alternative views.

Janaki is a proud member of the Indian diaspora in Australia and has this to say:” I was born here. I don’t have any family here, so my parents’ friends are my family and music and dance is always part of our celebrations. I am the first person from the Indian Community to go on ‘The Voice Australia’ and the support from the community is huge.”

The talented youngster goes on to add: “Getting on that stage and performing at the biggest singing show in Australia was a dream come true for me. I was hoping and praying for one of the coaches to turn their chair around, but when they all did, I was over the moon.”

Janaki composed and released a single ‘Clown’ during the lockdown in 2020.

We wish Janaki all the best!

BOOK REVIEW: Intentional Motherhood: Who Said It Would Be Easy? READ MORE