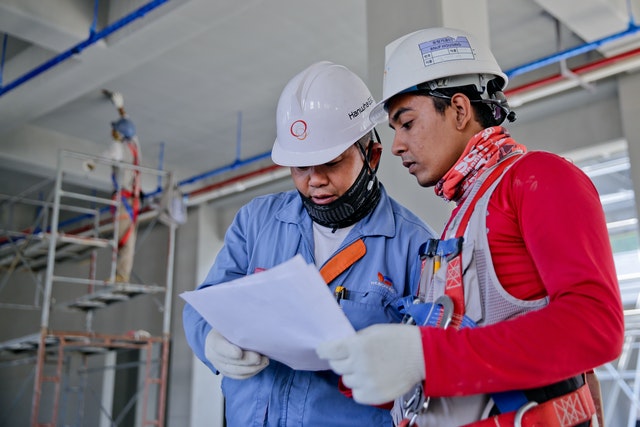 Brain drain (or high-skill migration) is rapidly becoming a dominant pattern of international migration and an important aspect of globalization.

Migration between developing and developed nations is a major policy issue in terms of global development, poverty eradication, and achievement of the United Nations Millennium Development Goals (MDGs).

An important body of literature emphasizes migrants’ ability to lower global transaction costs and facilitate the flow of products, factors, and knowledge between host and home countries. Migration and diaspora network effects have long been recognized by sociologists and the early brain drain literature. The departure of highly skilled migrants is commonly referred to as a “brain drain” for the countries of origin and a “brain gain” for the countries of destination. The negative impact extends beyond the loss of skilled labour to the loss of return on the country of origin’s investment in the training and education of its nationals.

High-skill emigration was viewed as contributing to increased international inequality in the 1970s, with rich countries becoming richer at the expense of poor countries. The first papers to examine brain drain in an endogenous growth framework used similar arguments and reached similar conclusions. The Caribbean, Pacific, Sub-Saharan Africa, and Central America have the highest rates of brain drain. The modern African diaspora’s high education levels point to a fundamental problem that has plagued most African countries since their post-World War II independence: brain drain. The loss of highly skilled emigrants and the knowledge, capabilities, and human capacities that they possess has traditionally been viewed and treated as a major problem for poorer countries’ economic development.

The philosophies of brain drain, gain, and circulation in the Indian context also provide a fruitful sociological and policy relevant experience for comprehending the phenomenon as it has unfolded over many decades. Migration also interacts in complex, non-linear ways with other factors. Even if we have accurate estimates of the size of remissions, determining their role in promoting entrepreneurship or human capital development is difficult. Similarly, estimating gains from return migration and diaspora connections is difficult.

African immigrants are among the best educated immigrants in the country. Their growing numbers and highly educated backgrounds highlight the importance of researching this growing phenomenon. Pull factors such as better salaries, living conditions, and career opportunities are among the reasons for moving to the United States, as are push factors such as poor-quality institutions, a lack of infrastructure, corruption, and nepotism in their home countries. African immigrants can help provide much-needed human, social, and financial capital to their home countries because of their skills, resources, and networks.

The phenomenon known as brain drain is a massive problem afflicting Southern countries on an unprecedented scale. Although not a new phenomenon, it has gained significant momentum and speed in recent years. Recent developments in modern electronic and information technology, the widening gap between North and South, and the spread of corporate globalization, as well as increasing political instability, civil wars, and social and religious strife in many Southern and African countries, may explain why the brain drain has grown in scale.

African intellectuals, governing bodies, and progressive forces in both Africa and the diaspora should bring North-South inequality to the forefront of all efforts to address the brain drain problem. Alliances and partnerships must be formed between various nongovernmental organizations in the North and South to expose and eventually eliminate the ills that cause and sustain brain drain. It is unlikely that significant results will be achieved unless the African diaspora is effectively involved in the fight against brain drain and the power configurations that cause it. Moreover, if we use our locations to challenge the dominant order, if we use our agency and knowledge to form partnerships with progressive forces and various marginalized minority communities in the North, and if we continue to fight oppression, xenophobia, racism, and exploitation, it won’t matter where we live. We will not be able to challenge the powerful neo colonial tendencies in the diaspora unless we empower ourselves to step outside of the spaces that Western academies have created and constructed for us. We must be able to transcend scientific rationality and the rationale of Eurocentric notions of objectivity and impartiality. The African diaspora can play a critical role in articulating the role of culture in the diaspora and mobilizing African immigrants’ energies to combat brain drain in both the diaspora and the continent.

When and where do diaspora institutions start to develop in order to aid in the export of low-skilled workers who would otherwise be unemployed, and when do they work to counteract brain drain by reclaiming the expertise of emigrant professionals? Do diaspora institutions rely on strong existing diplomatic resources or react to gaps in this area insofar as they seek to increase states’ soft power? Does violent conflict in hard power contests encourage or deter states from interacting with the diaspora through a formal institution? Comparative research has yet to assess whether and how states “tap” their diasporas in pursuit of state power. However, this isn’t the only unanswered question. One other viewpoint holds that states engage diasporas more for unity than for power. Whereas tapping perspectives look at wealth and influence as material interests that drive states, embracing perspectives look at the ideas and identities that make these interests possible in the first place. Diaspora institutions are emblematic of state-led transnationalism. They project states’ domestic policies beyond their borders into populations that live both abroad and at home.

Support for migrant and refugee organizations (also known as “self-organisations”) is becoming more and more important to Dutch aid organizations. The goal of this financial support is training and coaching, not encouraging diaspora participation in the work of traditional aid organizations. organisations. There have been some initiatives to increase recruitment from the diaspora. For educated migrants from Africa living in the Netherlands, the AfroNeth Foundation is currently developing a program that addresses the evaluation of foreign diplomats and certificates, the recognition of prior experience, and the establishment of job trajectories for various professions. Most diaspora communities want to help their home countries develop, but only under certain circumstances. Many diaspora organizations feared that working with Western organizations would reduce the impact of their current initiatives.

Currently, diasporas are viewed as ‘resources’ or ‘tools’ for the development of their home countries, rather than as genuine partners whose interests and concerns must be taken into account in order to maximize the benefits of the development-migration link. Aspects such as migrants’ relationships with governments in their countries of origin, internal divisions among diasporas, and issues concerning migrants’ status in countries of destination must all be taken into account in order to build long-term partnerships and dialogue among all stakeholders. It is critical to recognize that integration into the host community and return to the country of origin are not mutually exclusive: a balance must be struck between supporting migrants who wish to return and supporting migrants who do not wish to return.

A Call for Greater Diversity in the Diaspora Community. READ MORE

Diaspora As a New Tool in Diplomacy – by Eric Muhia. READ MORE